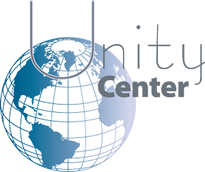 To inspire and foster spiritual growth in one another and in the community.

Music inspires and enriches our spiritual experience through lifting our frequency whether we are singing or quietly in meditation. Music exerts a powerful influence on us that’s why we incorporate a wide variety of music to compliment and support the message of each service.

At Unity Center We Believe in the Power of Music!

John and Cherie have been providing musical leadership, joy, and inspirational enhancement for Unity Center of Reno for almost 4 years. They are thrilled to have joined them, long time Unity Reno musicians, Ed Chevalley on guitar, Stephen Jacobs on bass and Val Haskin on drums.

John and Cherie began their active Unity journey together in 1990. From then until now, they have both held positions in Unity churches as Co-Music Directors, have held ALL Board positions, and Special Events, in both Palm Springs CA, for 7 yrs. and Carson City/Valley, for 21 yrs.

In Palm Springs, aside from Music Director, John was also the Sunday children’s teacher for 7 years and facilitated a Keep a True Lent class for 5 years. Cherie has been the year-round soloist and choral director at her Unity churches. She has led many popular workshops and classes, (ex. Adult Kindergarten, 12 Powers, Metaphysical Storytelling, and more), and has had a Prayer and Inspirational study group every Thursday for 10 yrs.

As professional musicians, John and Cherie have led 40-year careers as entertainers, performing on casino stages, nightclubs, and community venues. Personally, animals, children and seekers hold a special heart space. The Unity philosophy has been the key for steady enhancement in their lives.

Their philosophy is that “now is the journey and now is what life is”. Pay attention to the journey!

Ed Chevalley started playing at the age of 14 when a friend showed him an electric guitar. His first guitar was a Silvertone acoustic my parents rented from Sears. He took some lessons and started figuring out “licks” he heard on the radio. This was in the sixties, so he was listening to the Beach Boys, The Beatles, The Rolling Stones etc.

Then Ed got another teacher who turned him on to Jazz which he picked up quickly enough that he asked Ed to take his place as a teacher at the music store. Ed taught and played through the summer after his senior year then went to college and studied music theory which eventually led to a degree.

After this, Ed did other things with his life which led him to Arkansas for a few years. There he learned to play in the styles of Merle Travis and performed at the Ozark Folk Center. Their playing really inspired him. After the Arkansas years Ed went on the road for the next 17 years as a guitar player in top 40 bands. Ed now teaches several guitar students, and plays gigs. Ed works as a solo player for weddings and other events as well as with a trio. He presently also plays every Sunday morning at Unity of Reno on King’s Row here in Reno Nevada.

He picked up the bass guitar after Ed Chevally asked one Sunday: “Can you play the bass? We need one.” That day he went home and ordered a bass guitar online and began to “pluck around a bit.” He is still doing that! He has been involved with Unity Center for 16 years, serving as a chaplain, serving as board president, and attending many of the educational classes offered.

He is given the chance to share his metaphysical thoughts with our community regularly, and has been a featured speaker at many New Thought Centers throughout our area. He has taught Transcendental Meditation for almost 40 years, having studied with Maharishi Mahesh Yogi in Europe in the early 80’s. He says he considers this “inner experience” to be the basis of all that is taught here at Unity Center.

Val Haskin has been our drummer since 2008.